The Early settlers from Britain formed colonies in North America, and in time there would be 13 successful colonies!

These Thirteen Colonies would eventually join forces to fight against the British Establishment who were trying to control them through Taxation.


What were the 13 colonies?

The 13 Colonies comprised of a group of settlers who had traveled from England and settled on the North American East Coast, this was the start of the colonization of north America 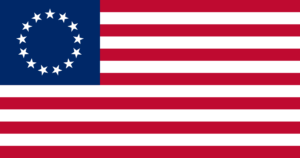 When were the 13 Colonies Founded?

The 13 Colonies were founded in the 17th and 18th centuries.

The original colonies that arrived from England declared their independence in 1776 and the United States of America was born.

Why do Americans celebrate independence Day?

Americans celebrate the fact that the colonies became independent from England and they celebrate the ‘Declaration of Independence’ every year on the 4th of July.

What Systems did the 13 Colonies have?

The Thirteen Colonies had very similar political, constitutional, and legal systems and were dominated by Protestant English-speakers.

The thirteen colonies were:

Connecticut and New Jersey were formed by mergers of previous colonies.

Where were the 13 original colonies?

The 13 colonies were established on the east coast of North America.

When were the 13 colonies established?

Why did the colonies want to live in America instead of England?

They either came to find new opportunities in America or simply wanted to escape the persecution and hardships they had to face back home due to their different religious beliefs, they also came to avoid heavy taxes in England.

How did the 13 colonies start?

England was facing many economic problems in the 16th century. Meanwhile, Spain had discovered Latin America and had found huge reservoirs of gold and silver in the area which were helping Spanish economy greatly. So England decided to test its luck as well.

The First Colony was a Failed Colony – Roanoke 1587

In 1587, the first group of Englishmen arrived to establish the Roanoke colony but this colony failed.

Later, another group arrived to establish a colony at Jamestown in 1607. This became the first successful colony.

How did we end up with 13 colonies?

More Englishmen arrived at other parts of the east coast and established new colonies. Sometimes, one group of people in a colony disagreed with the other and went off to create a colony of their own. In this way, by the year 1700, there were thirteen British colonies in America.

What did the colonies do?

The English who arrived in America to establish new colonies needed two things above all – food to help them survive, and some valuable items that they could send back to London and in this way trade with Britain. Initially, they searched for gold but they found none.

So before soon, the colonies started growing cash crops such as tobacco. These crops were then sent back to London and in return, the colonies imported important things which were not available to them in America such as different kind of tools, weapons and foods.

Were these original colonies ruled by Britain?

Initially, whoever established a colony decided its own form of government. Britain was satisfied simply by engaging in trade with these colonies. But soon the colonies grew in size, became rich and had a lot of resources in terms of available land.

So Britain started to take interest. Slowly, Britain began to assert control over the colonies. By the 18th century, Britain had appointed Royal Governors who administered the colonies on Britain’s behalf.

Britain also established a proper administration system which made these colonies effectively a part of the British colonial system.

Were there any other colonies in America?

There were many other colonies. Some were established by the Dutch, French, others by Spain. Even Britain had other colonies in other northern regions in places such as Canada.

So what’s the big deal about these 13 colonies?

The most important thing about these colonies was that they shared many things. They were next to each other and nearly all had direct access to sea.

They mostly had a British population. And slowly, they developed a sort of unity among themselves. Finally, these were the 13 colonies who eventually rebelled against British rule and it was these very colonies that were to form and be known as the United States of America!

You Wouldn’t Want to Be an American Colonist! Paperback – January 15, 2013